PROFANATION OF THE WORLD CUP FINAL 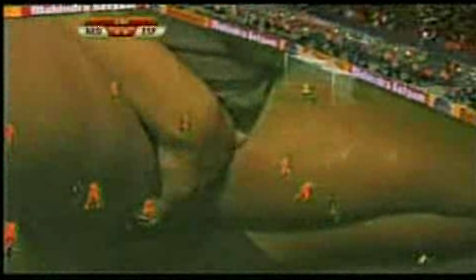 2010, with a few weeks of euphoria, collective giddiness by the World Cup, Minipimer decided to profane the sacred act of the final played, Spain against Netherlands (two monarchies to defile, two birds with one stone) and we emitted and intervented stream of this act. It was one of the great streamings of this group with an accompaniment of about 100 people and the special collaboratin of Diana Pornoterrorista and Silvia Villullas.

Profanation of the World Cup Final